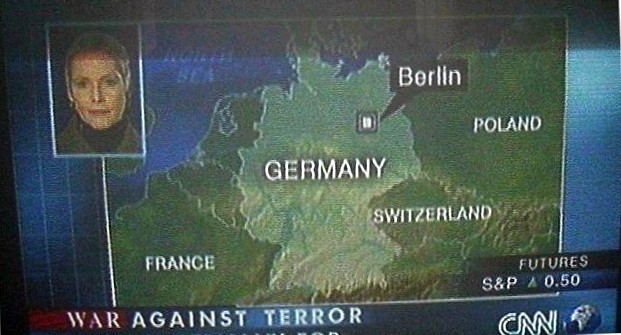 In Switzerland, I was probably pladied for the state broadcasts – in Germany I was not so sure

The only time when I applied to a radio job in Germany (Deutsche Wave, Koln, Department of English-Language Programs), was asked if I was not randomly FDP member? According to the rules of the radio proportion, there is now a human being a person with such a party shareholder. For such a person there is still a job.

It was 1988, and I was surprised that one was still in Germany "Pg" [Nazi-Jargon, "Partist"] had to be to be able to go to the public radio. The word "Wendhals" I was still unknown to me. I’ve been, of course, as everyone today has been promised without thinking, "moment" say from the Buro directly into the next FDP central race, and then to come back an hour later with my membership card. "Everything was so clear" have been, as in the Swiss "Icebear"-Song so already called.

In the ORF, the Easter-Rich state radio, it was another different. "We already have enough German voices", struck it. Whether I could not bring my texts to Easter? I said: "I just came from New Zealand here." I was "never" had been in Vienna. But sometime, sometime, I had a dozen records of Helmut Qualtinger, obsessed, believed to the famous Viennese animal voice inditator, believed,.

I could easily get one "Austrian" mimen, and even understand – And I actually worked for two years for the ORF. In this regard, I went better with Austria when it gone with Switzerland goods. I could definitely talk perfect Swiss Fontsutsch – so high German with Swiss accent -, I had myself from the comedian Emil complete and very "real" uncoccupated. The problem was only: I understood no word Schwyzutsch. If someone had answered me in Swiss, I was how the ox before gate, Blod stood there.

Only upset it was me again. The present Swiss humor export is a young husky called Hazel Brugger. She enters in Germany with High German – NRW-German, without Swiss Echo – but can be seen as a Swiss. The same stuff MAN at YouTube completely in Schwyzutsch. The German variants serve quasi as subtitles for linguistic people like me, who want to try to join the Swiss text. So we also learn that your first name in Switzerland like "donkey" misunderstood. Haha.

Emil, Today an still active senior, was one of the most successful German-speaking comedians of his generation. Hazel Brugger – not that I wanted to descend the Bavarian Standup Queens Monika Gruber and Lisa Fitz – but Hazel, seems to me, has good chances of becoming a German reincarnation of the American Bill Hicks. Now you are still experiencing them at the beginning of your career, at "Growing up in Public".

The Swiss international is not very well known for their humor. The Uberliche American joke about Switzerland is, "500 years of peace, and what have you produced? Swiss Kase and the cuckoo clock." The better joke about the Swiss Kase was Names Charles Bukowski on it: "You Women Have More Holes Than Swiss Cheese."

In most other countries of the earth, the Swiss country is often confused with Sweden. Or with still-all-elsewhere.